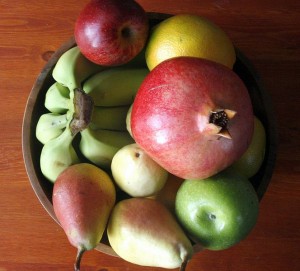 We live in a world of fussy eaters.

I’m referring to those who don’t necessarily have allergies or intolerances to certain foods, but have willfully restricted their diet.

I’m only days away from completing a month of clean eating with no cheat meals. This basically means that for three weeks, I have aimed to eat as naturally as possible by avoiding additives, preservatives, and processed and refined foods.

Supermarkets are littered with these foods, which means a lot of scouring food labels to see what you can and cannot eat. Eating out is a similar story.

I took the one-month challenge pretty seriously, which has helped me improve my fitness and made me feel incredible.  But being so strict on my eating habits has made me aware of how others perceive healthy eaters.

There’s a stigma attached to being a conscientious eater. I’ve felt like judgment has been passed on me for not having a better reason for eating this way, as if they think I’m so obsessed with my weight that I need to be picky with ingredients.

It’s different when you actually have reason to eat fussy – it’s okay if you have specific dietary requirements or have allergies, but when it’s your choice, then you’re neurotic. And I’m not just imagining this. There are people out there that take healthy eating too far.

It’s called The Health Food Eating Disorder or Orthorexia. Dr. Steven Bratman coined the condition in 1996 to describe those who have an unhealthy obsession with healthy food.

So, what is wrong with being conscious about what you’re putting in your body?

Well, simply being conscious about what you eat does not mean you have a disorder – the problem arises when a person takes it too far and ends up inherently mistrusting and fearing food to the point where they risk their health.

Bratman says that the obsession leads to the sufferer spending so much of their time consumed with planning, purchasing and eating meals, that it has a significant negative impact on their lives.

‘The Orthorexic’s inner life becomes dominated by efforts to resist temptation, self-condemnation for lapses, self-praise for success at complying with the self-chosen regime, and feelings of superiority over others less pure in their dietary habits. It is this transference of all life’s value into the act of eating, which makes Orthorexia a true disorder,’ writes Bratman.

Although he’s convinced it’s a legitimate diagnosis, it’s not officially defined as a disorder, and has been criticised for being a sensationalist ‘pop-therapy’ term.

Susan Paxton, Professor of Psychological Science and director of the Butterfly Foundation, says that this could be diagnosed as Eating Disorder Not Otherwise Specified (EDNOS), which refers to eating behaviours that don’t fit into the categories of anorexia or bulimia, but have a clinically negative impact on a person’s life.

‘These behaviours restrict a person’s activities and frequently increasing anxiety about eating to such an extent that their life is negatively impacted,’ she said.

It’s a complex concept with many contributing variables to blame. Body image pressures in society would no doubt contribute to this, and with all the healthy eating messages out there, it can be easy to question whether you’re eating the right things.

Professor Paxton says healthy food messages benefit a lot of people but it’s also likely that these ‘have [negatively] contributed to many people in the healthy weight range having poor body image,’ Paxton said.

The danger of healthy eating is only small compared to risk of obesity, so there’s no doubt that the promotion of good nutrition is necessary.

A review by the Australian Bureau of Statistics compared statistics taken from 1999 and 2007-9 and found that the rate of overweight and obese in younger Australians has increased. Everything can be taken to an unhealthy extreme, whether it’s by neglecting proper nutrition or overthinking it.

From my experience, I’ve found that what is required is learning more about nutrition. It’s only a very small group of people who inappropriately use this knowledge and end up jeopardizing their health.

It’s clear the stigma of healthy eating does have valid roots, but the thing to learn from this is that you should not be so strict when it comes to diet – ‘cheat’ meals and balance are necessary.

By Sunday I will have finished my month of clean eating and although I still have fitness goals I want to reach, I am looking forward to relaxing a bit.  Croissants and pasta, here I come!

If you’re suffering from an eating disorder and are in crisis, call the 24 hour Lifeline hotline on 13 11 14. If you need support to find access to treatment, call the Butterfly Foundation support line on 1800 33 4673.

Emmie Dowling is a third-year Bachelor of Journalism student at La Trobe University. You can follow her on Twitter: @emmiedowling